Brief: “Flickr” is a well known social media platform which is designed to share photos. User can create albums as well to save their photos. Dimofinf V.5 allows you to import your photos from “Flickr” if you have an account on it.

Select (Images) module, and press (Flickr Images Import) as the below picture: 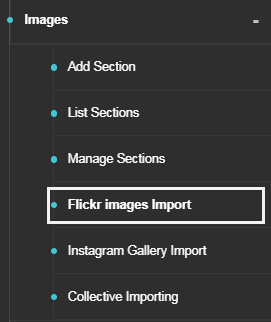 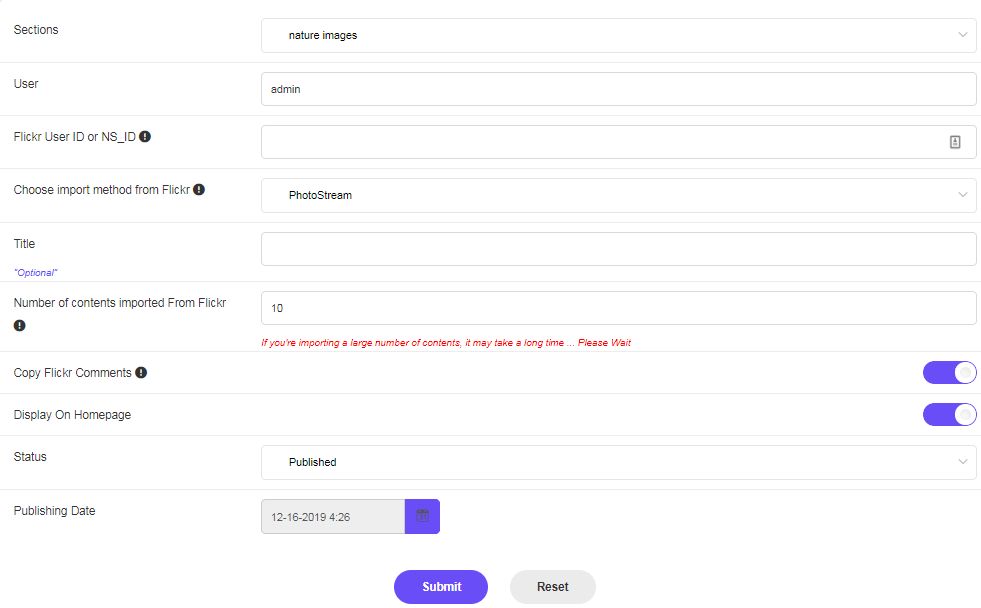 -Sections: Choose section in which you want to save the imported photos from flickr. .

-User: enter the username that is shown with the published photos.

To get the membership code, login to you flickr account, the end of your page URL,you find the code.

The highlighted part is the code. You can not import any images without entering this code.

-Choose import method from Flickr (Note: you have to get the plugin firstly): choose whether to import photos from your album on flickr or from (photo stream) which is the published albums that any one has access to.

-Title: enter the title of the imported photos, if you import multiple photos, they will be displayed in a slider.

-Number of contents imported From Flickr: set the number of imported photos, noting that there is no limited number.

-Status: set the imported photos status to be published or waiting for approval.

-Publishing Date: set the publishing date on the website.

Press (Submit) to save or (Reset) to re enter new data.

Brief: images module enables you to add photos, and divide them into albums. Adding to...

Brief: images can be added by two ways;by using the control panel or the section page shown to...

Important Note: if a group of users are prevented from logging into article module, and you give...